In the Know: with Papa Robbie


There is an old proverb that says “There is no shame in not knowing, the shame lies in not finding out”. I happened to hear the “Accidental Racist” song by Brad Paisley and LL Cool J and after hearing LL’s lyrics I must say that they obviously don’t really know and SERIOUSLY need to find out. Not only is the song misguided, it’s really BAD (not like LL Cool J “Bad” but diarrhea on a ferris wheel bad).

In a horrid attempt at showing a conversation between a southern white man and a Black “yankee” on race relations through song, LL drops the damn ball with lyrics like "You don't judge my gold chains/I'll forget the iron chains," and “RIP Robert E. Lee”. SAY WHAT??? Brad Paisley wants to be able to rock his Confederate flag without being labeled as a racist. Good luck buddy, considering the sordid history of the Confederacy/American Slavery  and the KKK which all have the same “DNA”.  Go listen to it for yourself, but be warned that you’ll never get those 6 minutes back.

Papa Robbbie? Who is that you may ask, well, let me tell you...He is  the tower of power, the  man of the hour...220 lbs of screamin' steel with mass appeal...the ladies pet, the men's regret, what you see is  is what you get and what you don't see is better yet, the reflection of perfection the number one selection...that's who he is.  Native of Charleston, SC and fellow Gamecock (yes, don't hate :)., he is a husband, a father, a force to rekon with on the microphone, and a man of much intellect.  So get ready because  he is going to bring you food for thought each week. So get ready to be educated, laugh, and fuss right along with him when you read his upcoming posts in the LaJule Chronicles. 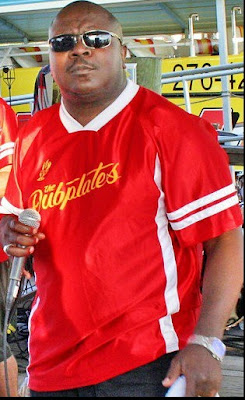 Emotional intelligence (EQ) is the ability to identify, use, understand, and manage emotions in positive ways to relieve stress, communicate effectively, empathize with others, overcome challenges, and defuse conflict. Emotional intelligence impacts many different aspects of your daily life, such as the way you behave and the way you interact with others.
If you have a high emotional intelligence you are able to recognize your own emotional state and the emotional states of others and engage with people in a way that draws them to you. You can use this understanding of emotions to relate better to other people, form healthier relationships, achieve greater success at work, and lead a more fulfilling life.

Emotional intelligence consists of four attributes:
Self-awareness -- You recognize your own emotions and how they affect your  thoughts and behavior, know your strengths and weaknesses, and have self-confidence.

Self-management – You’re able to control impulsive feelings and behaviors, manage your emotions in healthy ways, take initiative, follow through on commitments, and adapt to changing circumstances.

Social awareness – You can understand the emotions, needs, and concerns of other people, pick up on emotional cues, feel comfortable socially, and recognize the power dynamics in a group or organization.

Relationship management – You know how to develop and maintain good relationships, communicate clearly, inspire and influence others, work well in a team, and manage conflict.

As I frequent the world of social media, I can see people WELL over the age of 25 with very low EQs and I wonder what in the blue hell is going on? Is technology actually making some of us regress? Or is technology just allowing us to see how pervasive low EQs are. Please don't confuse EQ with IQ. There are many people with high IQs who have low EQs.


What is your emotional intelligence? The higher the EQ, the more successful the person.
Take an EQ test here http://www.maetrix.com.au/meit/eitest.html
Let the journey to self-development begin!!

In the tradition of the great David Letterman, I’ve decided to compile a list. My list consists of various opinions (some popular, some not) of mine.